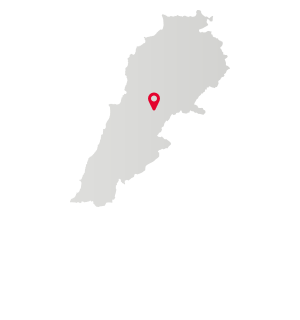 You are here: Projects > Training, qualification and construction...

Training, qualification and construction of a PV plant

In Lebanon, solar energy can make a significant contribution to reducing the power requirement and energy costs of a local wastewater treatment plant.

In times of power outages, which often occur in Lebanon, diesel generators are often used. A photovoltaic (PV) plant reliably produces electric power during sunshine hours, which allows a reduced use of diesel generators and helps to save fuel. The waste water disposal system can thus be operated more reliably. Not only the Lebanese population benefits from this, but also an estimated 1.5 million Syrian refugees.

On 1.12.2018, the project tendered by giz (Gesellschaft für Internationale Zusammenarbeit) GmbH started at bfz – International Division in Hof. It is designed for the construction of a large photovoltaic plant and for the training of the water administration staff of the sewage treatment plant Zahle in Lebanon. The project objectives include the training and qualification of 45 people in three one-week seminars in photovoltaics (PV) - technology, planning and maintenance. The procurement of the material and the construction of a PV plant with an estimated rated output of 202 kWp (kilowatt peak) are also on the agenda. The planned PV installation is an extension of an existing 54 kWp plant installed in Lebanon by local supplier Smart Age s.a.r.l. as part of the bfz project "Bavarian Institutional Water Cooperation (BIWAC)". It is located on the roof of a sewage plant building and was commissioned in October 2018.

Power outages are very common in Lebanon in many regions. Since the wastewater treatment plant in Zahle has a high energy demand, the new PV plant will be built as a PV diesel hybrid system. This will be connected to the existing power grid. With the solar power produced, both the power requirement and the energy costs can be reduced. In times of power outages, the diesel generators make the best possible use of solar power and thus save fuel.

bfz took over the technical elaboration of the plant and, following a public tender, commissioned a Lebanese company to build the PV hybrid plant. Following this, bfz is now responsible for the construction of the plant on site and is available as a contact for both giz and the commissioned company. In addition, bfz trains engineers who are responsible for the water sector in Zahle and the surrounding area as well as skilled workers of the sewage treatment plant themselves in handling the plant. The participants of the three training courses learn the technical basics of solar technology and accompany the construction of the plant. The subsequent maintenance and servicing of the system is also taught by bfz.